By Kevin Kayhart For Dailymail.com

But on Saturday, during one of her daily walks, the Pretty Little Liars actress decided to leave her little girl home, and took a hike with her beloved Maltipoo, Elvis.

Keeping a steady pace, Hale walked along the sidewalks and side streets of her Studio City neighborhood in Los Angeles with the adorable furry white pooch close behind. 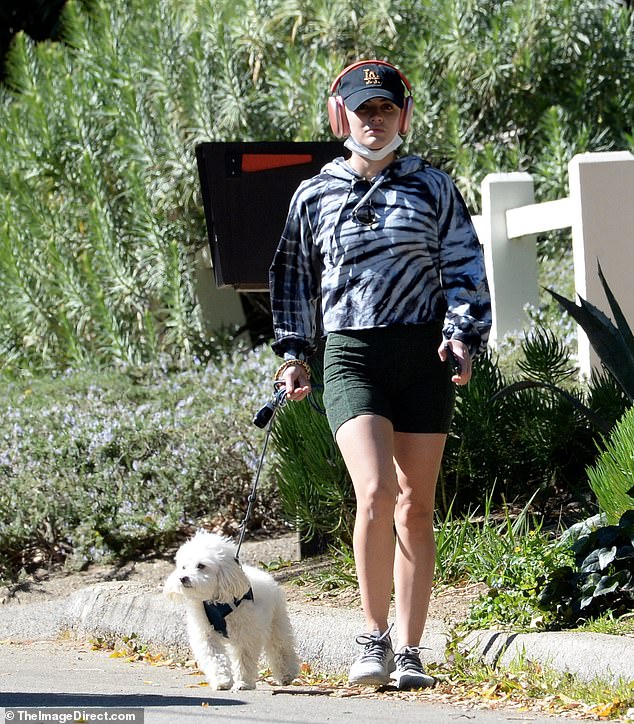 Daily routine: Lucy Hale, 31, took her beloved pet pooch, Elvis, out on a hike through parts of her Studio City neighborhood in Los Angeles on Saturday

With the shine shining down, the Tennessee native stepped out in tight green workout shorts with a tie dye hoodie and grey sneakers.

And to help with the glare, she donned a LA Dodgers baseball cap over her shoulder-length brown tresses.

At times, she hyped herself up by rocking out to some music on a pair of oversized headphones.

She also had a protective mask handy at all times, amid the COVID-19 pandemic, just in case she came in close proximity of anybody out on the roads. 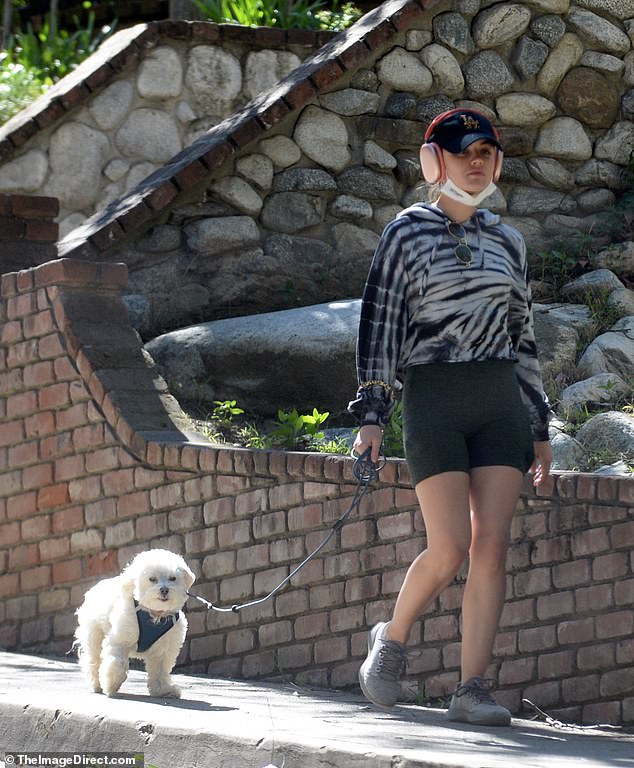 Sporty: The Tennessee native, 31, stepped out in tight green workout shorts with a tie dye hoodie and grey sneakers as Elvis followed close behind 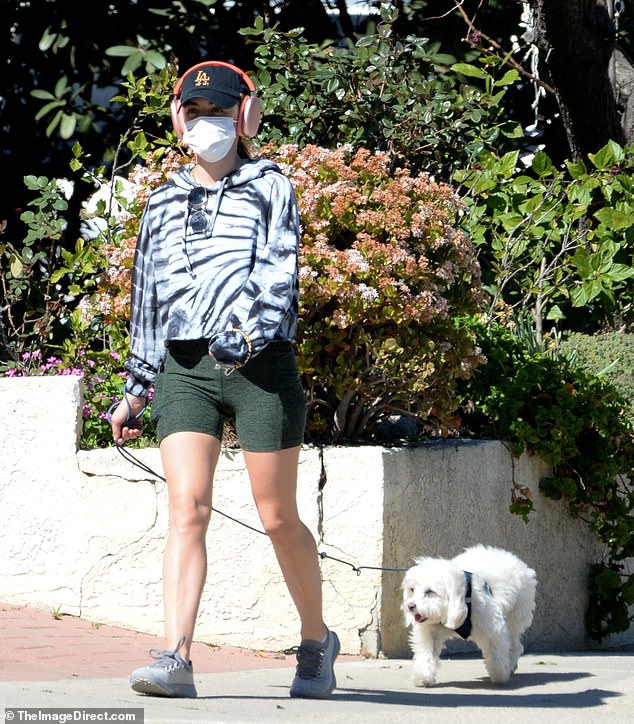 Safety first: With the dangers of COVID-19 still a concern, Hale kept a protective mask handy

The actress took to her social media platforms last weekend to share the news that she had adopted Ethel not long after she had been fostered by actress Kristen Bell.

‘My little family of 3. Everyone meet Ethel. Thank you Melissa and everyone at @wagmorpets for rescuing her & for all you do to find safe homes for these angels,’ she shared in the caption of one of the photos she posted.

‘And big thank you to the best @kristenanniebell for fostering!! We love u.’

As a dog-lover, Hale has tried to use her time and star power to help animals in need, which includes a partnership with Purina in support of the Purple Leash Project. The organization hopes to increase the number of pet-friendly shelters for survivors of domestic abuse. 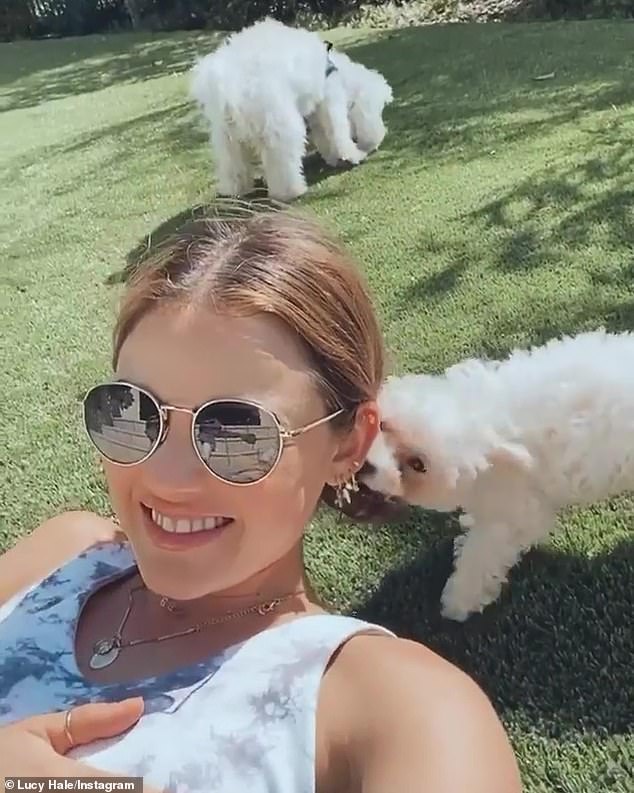 The Katy Keene star also knows first-hand how important of a role our pets can have within the family unit.

‘I did all of quarantine alone, so I honestly don’t know what I would’ve done without Elvis,’ she confessed he confessed in October 2020, about seven months into the pandemic.

‘He kept me company and kept me sane.’ 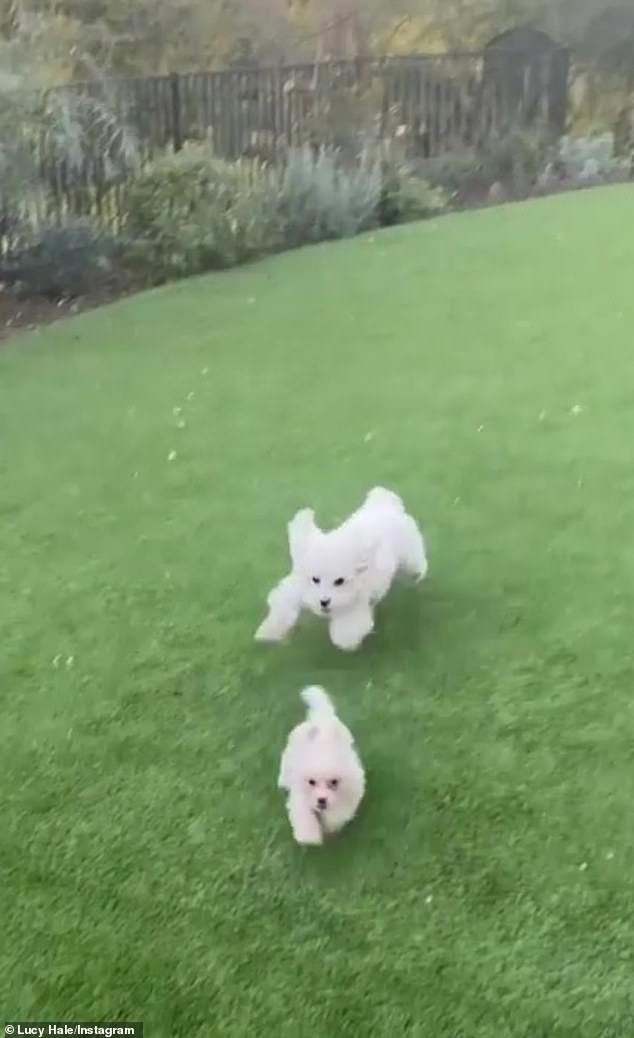 Fast friends: Ethel seemed to blend into the family fine, from the looks of her playing with Elvis in the backyard of Hale’s home in Studio City 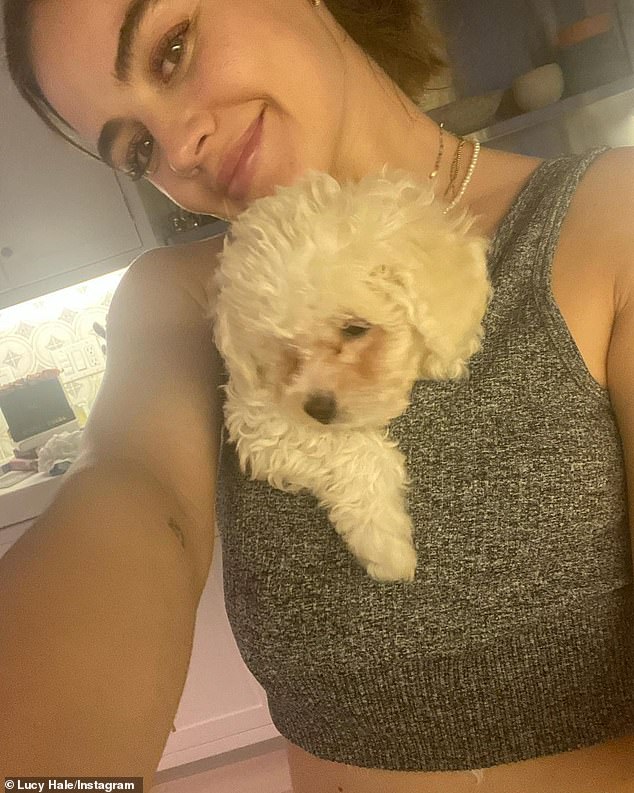 Making a difference: Hale was proud to announce she had adopted Ethel from a rescue shelter